The medieval walled village of Orta with its gem of an island, the pearl of the Cusio area, is without doubt the most precious jewel of Lake Orta, a priceless treasure trove collecting culture, art, handcrafts, gastronomic tradition and spirituality multi-facetted human story through the ages. Today the village is even more charming as it is entirely traffic free, with its cobbled streets and the steep Motta hill leading up to the ochre colored parish church dedicated to the Santa Maria Assunta, built in 1485 and rebuilt half-way through the 18th century. Piazza Motta, is an open-air salon on the lake with boats taking people over to the Island. 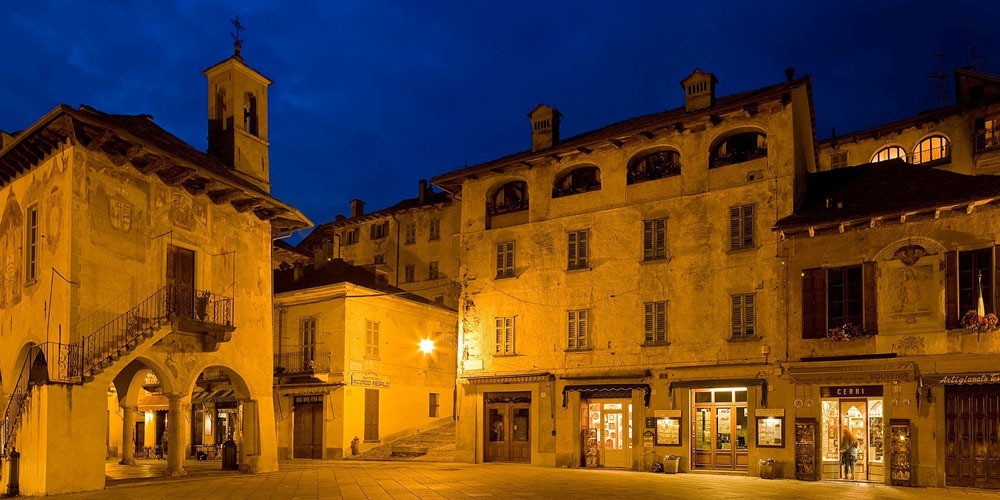