Lake Orta – Faith history and nature in all its beauty

Accept our invitation to experience the beautiful, the natural, the calm, the charm in a setting of stunning landscapes, breathtaking views and lovely little villages. Lake Orta will give you this and so much more besides! The warm welcome will enchant, the culinary delights seduce, the warm sunny climate, like its people, will make you fall in love with the most beautiful of all the lakes in Italy.

Events Pro  |  Info: There are no events created, add some please.

Just a click to discover the Lake Orta Piedmont Italy

Land of excellence, of typical products and characters who have made the cuisine great. Lake Orta also offers excellent clubs and restaurants, in addition to the many typical products of food and wine and artisan companies.

Discover the HIGHLIGHTS dedicated to the excellence of catering

Land of excellence, of typical products and characters who have made the cuisine great. Lake Orta also offers excellent clubs and restaurants, in addition to the many typical products of food and wine and artisan companies.

Discover the HIGHLIGHTS dedicated to the excellence of catering

Lake Orta is nestled between wonderful slopes dense with woods with incredible viewpoints. Wild peaks frame the Alpine basin, here it is possible to observe and meet various species of animals and plants.

Discover the HIGHLIGHTS dedicated to Nature

Lake Orta and the surrounding territories host not only historic villages and prestigious cultural beauties, but also fantastic natural riches. Mottarone is the top that dominates the lake, a place with a still rural flavor.You can discover it by walking the grand tour of Lake Orta.

Everything seems quiet, but for those who love fun, every corner of the area offers opportunities to have fun. Adventure parks, climbing walls, ziplines and much more to experience an extraordinary holiday.

Lake Orta, lake of art. From the island of San Giulio, ranging in every corner of the territory, you will find well-preserved traces of the populations who lived here. From Celts to contemporary works, passing through Catholic masterpieces.

Discover the HIGHLIGHTS dedicated to history and art

BETWEEN FAITH, ART, SPORT and NATURE

Lake Orta Piedmont Italy – Lake Orta, with its 13.4 km long and 2.5 wide is an authentic gem set between the green of the Alps and Piedmontese woods, the small peaceful cousin of the majestic Lake Maggiore .

The shores of the lake are dotted with small picturesque villages, ancient villages and harbors that document the life of fishermen, once the most numerous inhabitants of Lake Orta. Today, on the other hand, they tell modern stories of sport boats and ports, of quality international tourism.

Orta is an ideal destination for families, couples looking for a romantic place to relax, sports lovers, extreme and sweet, young and old who love nature and its energy. 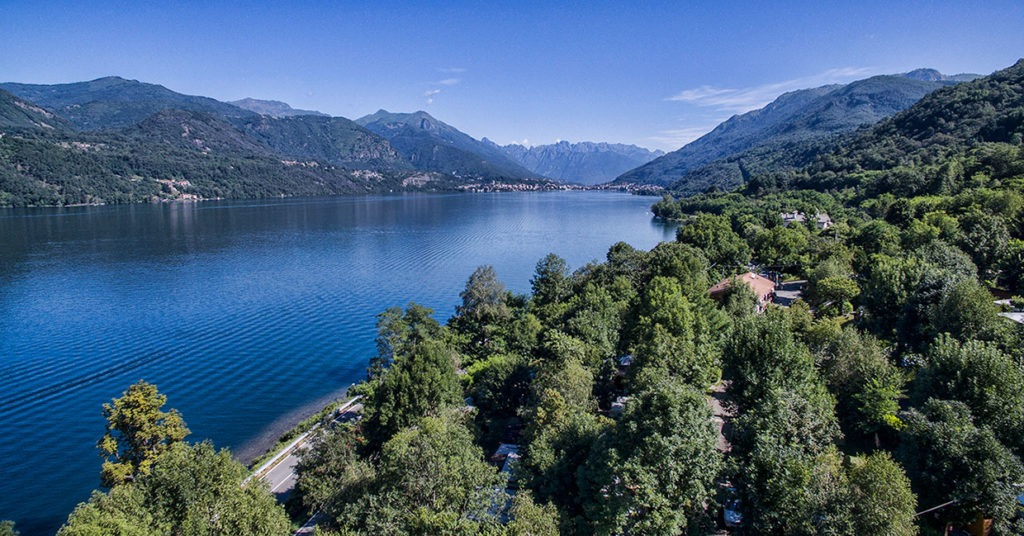 Let’s take a quick tour of the coastal villages together, starting from the town of Omegna, the main urban center in the northernmost point of the lake with its beautiful lakefront and Thursday market, and then follow the eastern shore of the lake.

Now we arrive in Pettenasco, a small historic town that has developed in our times with several hotels, restaurants, bars and campsites on the panoramic lakefront. To the north it looks towards the only island in the lake and to the south it enjoys pleasant views towards the peninsula that is home to both the Sacro Monte and the magical town of Orta San Giulio.

Another 4 km and we arrive in Orta, which has always been loved by poets, painters, royal families and captains of industry.

Today the medieval village of Orta San Giulio has just as much charm for those who love peace and tranquility, its mysterious, almost spiritual aura. The island of San Giulio is dominated by its splendid basilica and a Benedictine abbey inhabited by silent nuns who kindly watch over the Via del Silenzio.

Here the writings of Mother Abbess Anna Maria Canopi dispense profound thoughts that teach us about the powers of Silence and Meditation.

The writer Gianni Rodari, born on 23 October 1920 in Omegna, comes from the area of ​​Lake Orta. In his works there are numerous references to the lake, such as in C’era due il baron Lamberto set on the island of San Giulio, and in Il contaere-Pesce del Cusio.

To pay homage to the well-known fellow citizen, the municipality of Omegna has created the “Parco della Fantasia Gianni Rodari”.

Lake Orta was the scene of the brief meeting between Friedrich Nietzsche and Lou von Salomé, which was one of the very rare female experiences of the philosopher. After Lou Salomé’s rejection of his amorous proposal, Nietzsche began the gestation of his critical works, including Thus Spoke Zarathustra.

THE LEGEND OF SAN GIULIO

The legend about the foundation of the Basilica of San Giulio tells that at the end of the 4th century two brothers, Giulio and Giuliano, originally from the Greek island of Aegina, arrived on the shores of the lake and dedicated themselves to the demolition of pagan places of worship and the construction of churches, with the approval of Emperor Theodosius I.

San Giulio left to his brother Giuliano the task of building the ninety-ninth church in Gozzano, searching alone for the place where the hundredth would be built.

SAN GIULIO AND THE DRAGON

Giulio identified the suitable place in the small island, but finding no one willing to ferry him, he spread his cloak over the waters and sailed on it.

On the island, Julius defeated the dragons and snakes that populated the place, an evident symbol of pagan superstition, chasing them away forever and laying the foundations of the church in the same spot where the basilica is today.

In the Middle Ages the lake was known as Lake San Giulio and only from the seventeenth century the current name of Lake Orta began to assert itself, from the main coastal town, Orta San Giulio.

The name Cusius (Cusio) derives from a bad reading of the Tabula Peutingeriana, where a lacus Clisius appears whose exact identification is uncertain. The name Cusio. Spread by the historian Lazzaro Agostino Cotta, author of the Chorography of the Riviera di San Giulio at the end of the 15th century, it nevertheless entered common use.  Lake Orta Piedmont Italy. Discover the experiences in the area!  Visit E-traveling to explore the outdoor experience!