Madonna del Sasso, aka Cusio’s Balcony was finished in 1748, consecrated in 1771 and is without doubt the most panoramic of all the religious sites on Lake Orta. In the 1500’s it was a simple cross then came a chapel dedicated to Our Lady of Sorrows before becoming the Sanctuary admired today. The white granite-like rock the Sanctuary is set on had always been been used as fine building material. Originally there was a chapel here dedicated to Our Lady of Sorrows and after a number of healings the place became better known and a Church was then built to replace the chapel. The Church had a niche in which a small statue of Our Lady of the Rosary was kept a sit was thought to bring miracles.

The current complex was a project of Pietro Paolo Minola from Boleto who after having received the grace of Our Lady decided to have a new Sanctuary built at his expense,to replace the old one. Work began around 1725, thanks also to contributions from the inhabitants of Boleto. In 1748 the Church was completed while the bell tower and the house on the side of the Church were completed in 1760. The Sanctuary was officially consecrated in 1771 by the Bidhop of Novara.

The Church is in the form of a Greek cross, in Baroque style with two lateral alters. The architecture and frescoes are by the painter and architect from Valsesia, Lorenzo Peracino. The altar piece, belonging to the old sanctuary, is a 16th century painting of the Pietà on wood by Fermo Stella da Caravaggio.
Nel 1998, for its 250th anniversary, the whole complex was restored. 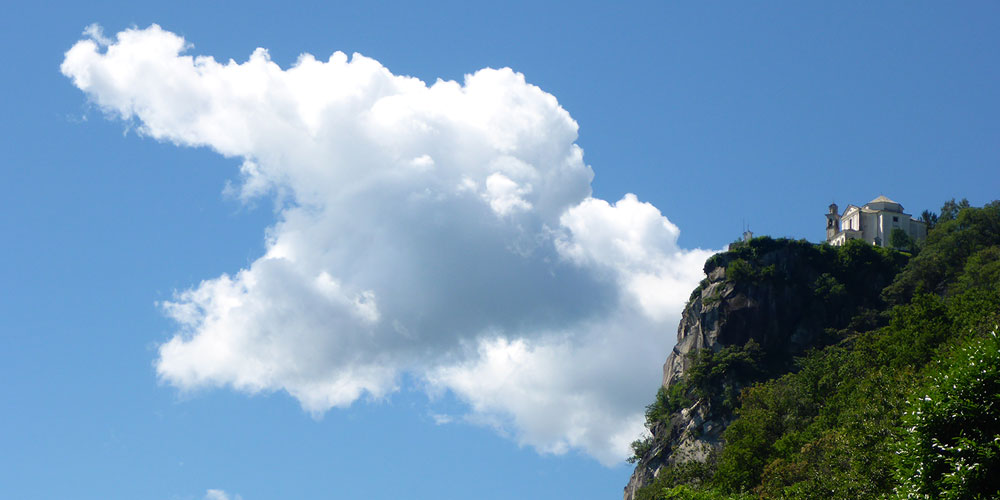